Ankr is now an RPC provider on the Sui blockchain. According to Ankr’s Head of Product Josh Neuroth, the web3 infrastructure project, which serves dozens of proof-of-stake chains with its node delivery system and RPC aggregator, will “create a building environment that is intuitive and easy to use, so new developers and projects can start using it.”

Through the new RPC connection, web3 developers and decentralized applications can easily connect to Sui’s Move-based blockchain, make requests, and receive information returns similar to what they would receive by running a full node independently. In this way, developers can focus on building dApps and services of the future without having to worry about the costs and hassles of running a full node.

Announcing the partnership, Josh Neuroth said, “We are very excited to support Sui so web3 developers can build faster on what appears to be a promising new ecosystem.”

With its link-up with Ankr, Sui, whose team includes several ex-Meta employees, is likely to broaden its appeal as it establishes itself as a creator-friendly layer-1. A $300 million funding round was closed by Mysten Labs back in September.

With Sui’s Testnet Community and premium RPCs, developers can now build scalable dApps on top of the network more easily. With Ankr’s Testnet RPC, wallets, command-line interfaces, and dApps are connected to Sui, acting as a blockchain router to interface on-chain information between nodes, dApps, and end users.

The partnership will simplify the onboarding process for dApps, DEXs, web3 wallets, NFT platforms, and GameFi projects, paving the way for the Sui blockchain to develop its very own ecosystem.

Ankr recently became one of the first RPC providers for the Aptos blockchain, founded by ex-Meta employees like Sui. Over 8 billion RPC requests are processed by the infrastructure provider daily for blockchains such as Ethereum, BNB Chain, Polygon, and Fantom.

Use this link to sign up and start trading with 0.20% trading fees at Bitdenex Exchange.

ETH and Ripple are committing securities fraud, according to Michael Saylor

Michael Saylor, a Bitcoin bull, is notorious for not caring much about altcoins like Ripple (XRP) and Ethereum (ETH). Saylor discussed the classification of those cryptocurrencies as securities in a recent podcast.  As part of his argument that Ripple Labs is unregistered security, Saylor spoke about the legal battle between Ripple Labs and the U.S. […]

The most recent cryptocurrency company to file for bankruptcy is BlockFi, which followed the collapse of Sam Bankman-crypto Fried’s empire. Another business infected by the FTX virus The FTX virus has recently claimed another cryptocurrency company. BlockFi will reportedly file for Chapter 11 bankruptcy protection later today, according to a crypto news source. According to […]

According to WSJ, Genesis sought $1 billion from investors as an emergency loan

A request for funding was never granted to the company. Genesis, a crypto lending firm, reportedly asked investors for an emergency loan of $1 billion this week before suspending redemptions. According to the fundraising document, Genesis needed access to the credit facility by 10 a.m. Monday due to illiquid assets on its balance sheet. However, […]

January 8, 2022
After months of trying by many companies, ProShares was the first to launch the US Bitcoin ETF. It […]
Bitcoin, Blog, Cryptocurrency

January 7, 2022
There is no excerpt because this is a protected post
Bitcoin, Blog, Cryptocurrency
Enter your password to view comments.

Crypto Revolution and Its Impact on Glob…

January 4, 2022
Homelessness is a significant issue all around the world. As per the research carried out by Yale, […]
Bitcoin, Blog, Cryptocurrency

January 5, 2013
Putting special characters in the title should have no adverse effect on the layout or […]
Bitcoin, Cryptocurrency, News 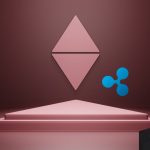 ETH and Ripple are committing se… 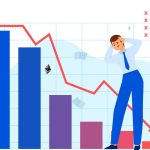 As the FTX fire spreads, BlockFi…

November 29, 2022
The most recent cryptocurrency company to file for […]
News 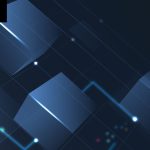 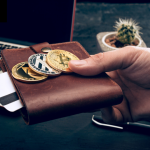 According to WSJ, Genesis sought…